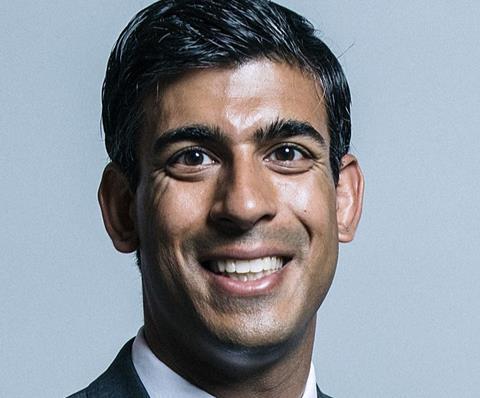 The government has extended the Coronavirus Job Retention Scheme (JRS) until the end of June as creative industry unions band together to urge Rishi Sunak to help those slipping through the cracks.

The furlough scheme was initially available for three months back-dated from 1 March until 31 May but it will now run until the end of June at least, at which point it will again be reviewed.

Chancellor Sunak made the move this afternoon in response to stand-in prime minister Dominic Raab’s decision to extend social distancing measures for the next three weeks.

The JRS is open to any business impacted by the Covid-19 pandemic and pays out 80% of a person’s monthly wage up to £2,500 per month.

Many in the TV sector are already taking advantage of it, with the likes of ITV Studios, Endemol Shine Group, STV and Channel 4 already reporting that they have placed staff members on the scheme.

Indies are also being encouraged to re-hire then immediately furlough freelance staff that were previously engaged via short-term PAYE contacts, in order that they can access the JRS.

The separate furlough scheme for the self-employed was not mentioned by Sunak and is currently scheduled to close at the end of May.

On a scale of one to 10, the JRS was given a 5.8 in terms of its helpfulness to each individual company.

“With the extension of the coronavirus lockdown measures yesterday, it is the right decision to extend the furlough scheme to provide clarity,” said Sunak.

“It is vital for people’s livelihoods that the UK economy gets up and running again when it is safe to do so, and I will continue to review the scheme so it is supporting our recovery.”

Meanwhile, the likes of Bectu, Equity, the Writer’s Guild and NUJ have penned an open letter to Sunak highlighting seven areas in which the support schemes can be extended to help those falling through the cracks (in full below).

This includes helping those who can’t qualify for the freelancer scheme as they earned less than 50% of self-employed income last year, those not on any company’s payroll on the 28 February cut-off date and limited company-owners who pay themselves via dividends.

Meanwhile, Bectu and the Writers’ Guild of Great Britain are among the unions penning a letter to the chancellor today asking for more flexibility in the JRS to help affected parties including parents and carers, new graduates and deaf and disabled workers.

The letter in full:

The Federation of Entertainment Unions represents more than 120,000 people working in the entertainment and creative industries. We are actors, journalists, theatre workers, musicians, writers, entertainers, production crew, directors, designers and many other professions.

In the weeks since the announcement of the Job Retention Scheme (CJRS) and the Self Employed Income Support Scheme (SEISS) our members have become increasingly anxious that they may fall through the gaps that have been identified. A great many of them have been lobbying their MPs and no doubt many of their concerns have been relayed to you.

You will be aware that the creative industries are one of the UK’s greatest strengths. Our industries have the potential not just to grow further and to revive our economy when the crisis has passed; they can also contribute positively to the regeneration of large parts of the UK and help to deliver the Government’s ‘levelling up’ ambition.

The success of the creative industries is, without doubt, built on the hard work, talent and flexibility of its workforce. This workforce, our members, experience patterns of employment that are insecure and unpredictable. Portfolio careers are common, mixing PAYE work and self-employment, as are large fluctuations in annual earnings and expenses, with an average income of around £10,000 being the norm.

We have a large proportion of new entrants and graduates in their first year of self-employment as well as parents, carers and disabled workers who have gaps in their earnings.

Some sections of our membership are incentivised or required to work through limited companies or personal services companies. A large proportion of the creative workforce live in London, the South East and in other areas of the country where the cost of living is higher – some will have annual profits in excess of £50,000 but will be the only earner in their household.

We believe there are seven solutions that would both enable as many creative workers as possible to survive this period of crisis and help the industry to retain their talent and skills.

1.     Parents & Carers: Adapt the SEISS to incorporate a declaration for those with gaps in income to exclude those years of self-assessments to account for maternity/parental/caring responsibilities.

2.     Those who fall below the 50% of self-employed income threshold to qualify for SEISS: Enable HMRC to assess all income, PAYE and turnover through self-employment to give a more accurate picture of earnings.

3.     Those who regularly work PAYE contracts as their main source of income but were not in a contract on 28th February and did not start another contract immediately after that date: This is by far the biggest issue for PAYE freelancers. A potential solution would be for the Treasury to set up a new Freelance Worker Income Support Scheme using the PAYE data they have to calculate average earnings for people who declare as ‘PAYE freelancers’ and compensate them at the 80% rate directly without going through an employer’s payroll system (this could be done like a tax rebate).

4.     New graduates/new entrants into the industry: Allow new entrants to complete a tax return now to HMRC for the period that they have been working in 2019-20 or assess them as having an assumed income to enable receipt of the capped 80% monthly amount of £2500.

5.     Limited Companies/Personal Service Companies: Allow dividends to be included in the SEISS alongside furloughing for the PAYE element of income through the CJRS.

6.     Income and expenses fluctuations: Remove the £50,000 cap to provide parity with PAYE workers and assess turnover rather than profits.

7.     Deaf and disabled workers: Provide clarity that SEISS payments will not compromise the receipt of other welfare payments.

We would welcome discussions with you and your advisors at the earliest opportunity to take forward these suggestions and hope that together we can deliver the best possible support for creative workers.