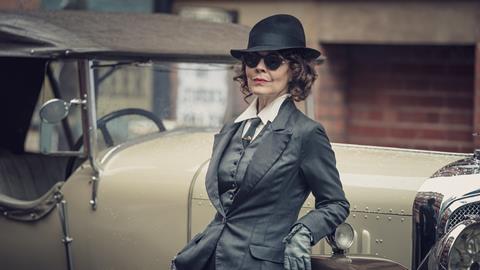 According to a post from Lewis on Twitter, McCrory died peacefully at home “after an heroic battle with cancer.”

She is survived by her husband and fellow actor Lewis, and their two children Manon, 14 and Gulliver, 13.

“Helen was one of the finest actresses this country will ever see. From Potter to Peaky, from Blair to Bond, Helen’s fearlessness made every part she played unique and unmissable”, said BBC director of drama Piers Wenger. “Her body of work speaks of her extraordinary talent, what it doesn’t speak of is her kindness, intelligence and sense of fun. This is too soon, too cruel. Our thoughts are with her family and friends at this incredibly sad time.”

All our love and thoughts are with Helen’s family.

Our thoughts go out to Helen&#39;s family and friends at this extremely sad time. Helen&#39;s contribution to Peaky Blinders and the film &amp; television industry was immeasurable. pic.twitter.com/kdhH3ZDn4u

I am heartbroken by the news about Helen McCrory. She was a superlative actor as well as utterly beautiful. Captivating in LEAVING, Tony Marchant’s romance drama for ITV; she nailed every single take. pic.twitter.com/OqQnEUXQFU

It’s simply devastating. In the brief time hanging out and working with Helen she was just everything you’d hoped she would be - no airs or graces, generous, naughty, kind, &amp; total class. She lit up our stages and screens. I’m so sorry to her family and loved ones. pic.twitter.com/unOQQmDsc4

A version of this story appeared in our sister publication www.screendaily.com