Systematic change is needed to achieve dignity at work

Resource must be allocated if harassment is to end, says Bectu head Philippa Childs

As the news broke that Noel Clarke had been accused of sexual harassment and bullying, WhatsApp groups involving women working in film and TV went into overdrive. Every single person had a story to tell. 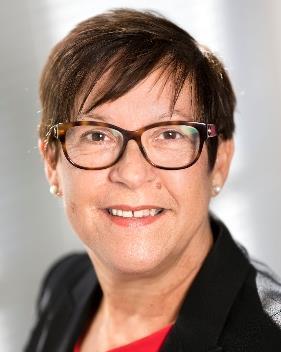 We know the current mood of women in film and TV, and it is anger. The industry is failing women badly and despite all the work that has been put in over many years by trade unions, the BFI, The Film and TV Charity and other industry groups, these behaviours continue in plain sight.

The 20 women who have come forward with substantiated allegations about Clarke have our admiration and support – they and the Guardian journalists should be applauded for their bravery and pursuit of truth. Too often, womens’ accounts are dismissed as hysteria, overreaction and not being able to take a joke or be part of the gang. As a result, women can feel silenced, isolated and afraid for their careers.

But why do these stories continue to emerge in this most glamorous and public facing industry?

The film and TV industry is powered by creative, inventive, and hard-working people, many of whom are freelancers. There are benefits to this, but there are serious downsides too.

Power, fame, and everything that goes with it seems to lead some of the most influential men in the industry to believe that they are untouchable

Freelancers regularly move between productions, with no HR departments, no formal recruitment processes, and very little power. There are very few of the checks and balances that we expect to see in most workplaces. This haphazard approach to hiring and firing bakes in pre-existing inequalities and can very easily lead to an unchallenged culture of bullying and sexual harassment. Bectu hears over and over again from members who fear that speaking out will mean that they won’t work in the industry again and that their careers will be permanently damaged.

Bectu’s recent #UnseenOnScreen campaign featured horrifying accounts of racism, bullying and even sexual assault in the factual and entertainment TV sector. But these issues happen across TV drama and high-end film too, as these recent revelations demonstrate only too clearly. It is little wonder that The Film and TV Charity says that the industry is facing a mental health crisis.

The power imbalances of an industry built on fame and status allow perpetrators the opportunities to operate under a thin veneer of providing opportunities. What power does a 20-something runner have, if her experienced and respected director makes a pass on a late-night shoot? Those power dynamics provide the opportunities for predators to operate almost without impunity. There are so many open secrets in the industry about who should be avoided where possible, so it is rarely a surprise when these stories eventually emerge.

Freelancers are usually on short-term contracts so when they encounter bullying or sexual harassment, it can seem that the easiest option is to keep your head down, hope it’s a one off, or simply put up with it until the shoot finishes and you can move on.

This problem is made even worse by the prevalence of networking as a means of getting work in the industry, which in turn means that pre-existing power imbalances in society are simply magnified. The structural barriers for women working in the industry often mean that there are not enough of them at senior levels, in positions of power.

What power does a 20-something runner have, if her experienced and respected director makes a pass on a late-night shoot?

Everyone working in the film and TV industry deserves dignity at work. It is a basic workplace right, yet from Saville to #MeToo, it is a right that is denied to so many. Power, fame, and everything that goes with it seems to lead some of the most influential men in the industry to believe that they are untouchable and can do and say anything without reaping the consequences.

The #MeToo movement was supposed to be a watershed moment when the industry finally said enough is enough, but despite all our endeavours, working with partners across the industry we have seen only small changes.

Without meaningful, structural change on hiring practises, having some dedicated resource on set to support freelancers and rethinking how productions are managed, I fear that the allegations in the Guardian this week will be repeated again and again.