“Your interest in all this was probably correlated to how long you spend faffing in the mirror each day.” 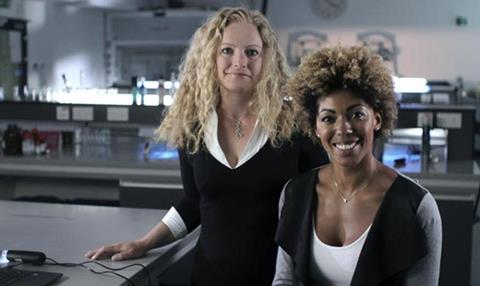 “I would like to applaud the commissioning and production of a science documentary presented entirely by qualified, knowledgable women. The work of Glover, Dr Laura Waters, Dr Zoe Williams and Dr Helen Czerski is excellent throughout.”
Sam Wollaston, The Guardian

“Choosing a panel of female scientists to explain it suggested almost the opposite of what Horizon continually tries hard to remind us – there are no specifically male subjects or female ones, science is just science. Casting decisions aside, it didn’t feel like this particular episode had that much to tell us.”
Matt Baylis, Daily Express

“Horizon: Hair Care Secrets set out to ‘sort the science from the spin’. If that augured a hard-hitting industry takedown — like last week’s Horizon on clean eating — this was all a bit more politely scientific. Your interest in all this was probably correlated to how long you spend faffing in the mirror each day.”
James Jackson, The Times

“Michael Buerk enjoyed witnessing the creation of old-school dishes fit for a queen during recipe sequences ideal for gently dozing off to. Serviceable daytime TV in other words.”
James Jackson, The Times

“Despite a Michelin-starred chef, Paul Ainsworth, being on hand to recreate the recipes, there was no consistent sense of glamour or even authenticity to the dishes reproduced. It felt more than a little half-baked, and certainly only half thought through.”
Gerard O’Donovan, The Telegraph

“In the end no great moment of illumination was achieved. But none was needed. This was good, honest, film-making, made all the more watchable by a reporter unafraid to wear his heart on his sleeve when it matters.”
Gerard O’Donovan, The Telegraph

“There was very little rail travel. But the trains have long been incidental to Portillo’s shows, which are energetic travelogues in Technicolor clothing. Easy to spot and determined to cram in as many sights as possible, he would make the ideal tour guide for cruise ship parties.”
Christopher Stevens, Daily Mail