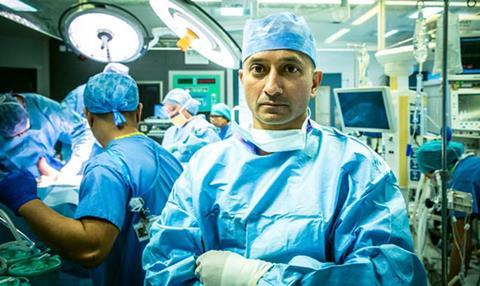 “It is March 22, the day of the attack on Westminster Bridge, and when a truly awful moment arrives, the NHS does not flounder. It excels because it must.”
Andrew Billen, The Times

“The result is extraordinary television – a powerful, moving portrait of a major trauma centre’s response to such an event, and of the brilliant human beings who work there.”
Sam  Wollaston, The Guardian

“The intense focus of the surgeons was remarkable to watch. They radiated calm and allowed no one the dangerous luxury of emotional reactions. Hospital documentaries usually follow a format that includes mawkishness and blips of humour. But for the first half-hour, we got nothing but straightforward observation.”
Christopher Stevens, Daily Mail

“At the conclusion of a season that bumped along in the slow-lane, telling us little we didn’t already know about knew Jimmy, Chuck or their mutual antagonism, this was nonetheless a gripping cliff-hanger and a reminder that it’s the family melodrama rather than the Breaking Bad-esque crime elements that makes Better Call Saul so quietly compelling.”
Ed Power, The Telegraph

“The drug trade’s fireworks have provided intrigue and excitement. However, it is in its searingly absorbing personal drama and character arcs that Better Call Saul has emerged as one of, if not the best, shows on television right now.”
Mark Butler, The i

“With profits slipping, the voiceover was keen to blame Brexit for the rising cost of European imports. But if the producers had bothered to think, instead of searching constantly for daft soundbites from shoppers, they might have realised that Poundland is an early indicator of how quitting the EU can boost our national economy.”
Christopher Stevens, Daily Mail

“From the creatures’ extraordinary heat-trapping fur to their all-terrain design and their commendable team spirit, this film abounded in otter-based insights.”
Matt Baylis, Daily Express