US public broadcaster PBS has aired American Masters, a serious documentary strand that profiles artists and musicians, since 1986. 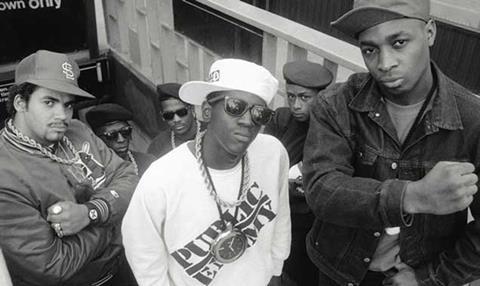 US public broadcaster PBS has aired American Masters, a serious documentary strand that profiles artists and musicians, since 1986.

It is now taking a broader approach with an eight-part documentary series tracing the history of music recording.

Soundbreaking features more than 100 original interviews with some of the most celebrated recording artists and producers alive today, including Chuck D, Afrika Bambaataa, Pink Floyd and Beck.

The doc will offer a behind-the-scenes glimpse at how the magic is created in the recording studio.

It will examine how technology has evolved over the past 100 years and how artists have pushed the limits of sonic experimentation, from

The Beatles’ use of multi-track technology in the 1960s to the synthesised sounds of Stevie Wonder and the modern art of sampling.

The series is produced by US indie Show of Force, run by documentary film-makers Maro Chermayeff and Jeff Dupre. The producer is best known for feature- length docs such as gender equality film A Path Appears and Marina Abramovic The Artist is Present, about the performance artist.

Fremantle Media International has a long tradition of distributing music programming, such as Channel 4’s Live From Abbey Road, and will be hoping that Soundbreaking can achieve similar global sales. The RTL-backed firm is hosting a party to promote the show with Grammy Award-winning singer songwriter Ben Harper at Mipcom on Tuesday 6 October.

FMI is launching a number of other factual titles at the market, including documentary franchise I Am, which examines the lives of stars such as Johnny Cash and Chris Farley.

It was commissioned by Viacom-owned US cable channel CMT.

On the format side, the Got Talent and X Factor distributor is hoping that Hispanic talent contest La Banda, produced by Simon Cowell’s Syco Entertainment and Haim Saban’s Saban Brands, can rival the success of the two entertainment behemoths.