“This was a timely insight into the dark side of President Vladimir Putin’s post-Soviet superpower.” 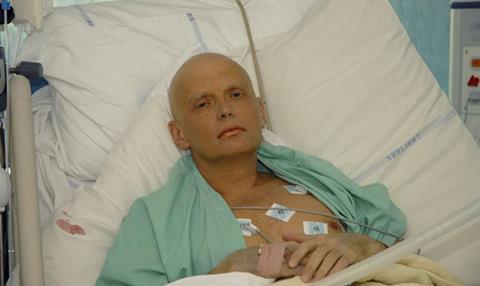 “With rumours of Russian influence back in the news, this was a timely insight into the dark side of President Vladimir Putin’s post-Soviet superpower. This film – a tad overlong with too many recaps, but grippingly told – was a sobering reminder of how far Russia will go.”
Michael Hogan, The Telegraph

“If the detective story gave the film a compulsive narrative, the topicality made it downright frightening. What was missing was a satisfying resolution. However, if there’s any justice this story isn’t quite over yet.”
James Jackson, The Times

“This painstaking documentary uncovered a secret world that is usually glimpsed only in the novels of John Le Carré. What the investigation didn’t tell us was if anyone else in London was contaminated by the Polonium 210.”
Christopher Stevens, Daily Mail

“Fascinating as this all was, the film never duped us into thinking this was a yarn or a romp. The face of Litvinenko’s widow, Marina, flashed like a beacon throughout, grief and determination in equal measure.”
Matt Baylis, Daily Express

Inside the Freemasons, Sky 1

“There is much to like about this film. It’s a shame the access didn’t stretch to the initiation ceremony that eager farmer James undertakes. My curiosity was piqued. I bet there’s a goat in there somewhere.”
Rebecca Nicholson, The Guardian

“So what are the organisation’s secrets? I’m still not sure because the film was a cheerful PR exercise for a club in need, like so many others, of younger blood. Clearly, this was not intended to be a Louis Theroux-style snoop, yet we didn’t even get to see the famed rolled-up trouser-leg ceremony.”
James Jackson, The Times

“This one-off episode was packed with amazing stories without a duff item. The show is much better as an occasional treat than padded out as a series.”
Christopher Stevens, Daily Mail