I Do At 92; Rillington Place; Muslims Like Us; This Is Us

“Makes you think that maybe old age isn’t going to be all floppy and smell of biscuits and disinfectant.” 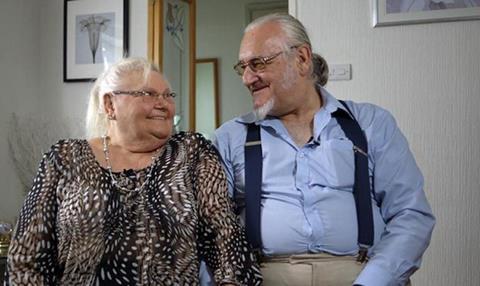 “It is – the whole documentary – really sweet. Romantic, definitely, and optimistic. Makes you think that maybe old age isn’t going to be all floppy and smell of biscuits and disinfectant.”
Sam Wollaston, The Guardian

“There is something sweet about people finding love again, or perhaps for the first time, about people seeing the last decades of life as another adventure rather than a conclusion. That was all much in evidence in last night’s programme but it didn’t cover the whole topic in a slick of honey. It was no set of fairy tales, put it like that.”
Matt Baylis, Daily Express

“If Rillington Place had not been a horror show, it would have been a comedy of manners, of 1950s conformity, hypocrisy and pettiness. Yet, in the end, Christie remained a mystery to us. Roth was magnificent, but the script kept him at a distance from the man he played.”
Andrew Billen, The Times

“Throughout the three-part series Tim Roth has portrayed the way Christie could switch from creep to charmer, as easily as shrugging on his overcoat. What this drama failed to answer was the question of ‘Why’: what compelled Christie to kill so many women?”
Christopher Stevens, Daily Mail

“As an advertisement for organised religion, this show won’t have sold a single Koran. As an advert for the potential the Big Brother format had once upon a time, it was compelling.”
Andrew Billen, The Times

“There were glimmerings of insight here. But Muslims Like Us was ultimately tripped up by a tacky reality format that valued confrontation over mutual respect and understanding.”
Ed Power, The Telegraph

This Is Us, Channel Four

“Typically described as a drama about people sharing the same birthday, this could be one of those high-concept, clever-clever spectacles whose writer is more concerned with acrobatic plot weaving than the people involved. It is, in fact, just the story of a family, told across two eras. They’re absolutely like all of us.”
Matt Baylis, Daily Express

“The drama hasn’t been nominated for a Golden Globe for nothing. The script is well-written, often laugh out loud funny and the characters are flawed and hopelessly lovable. A word of warning though: it is cheesy.”
Daisy Wyatt, The i