IBC: The circus comes to town

Jonathan Try, vice president of technology at the Digital Media Centre in Amsterdam, pinpoints some of the key themes of this year’s IBC, which opens today. 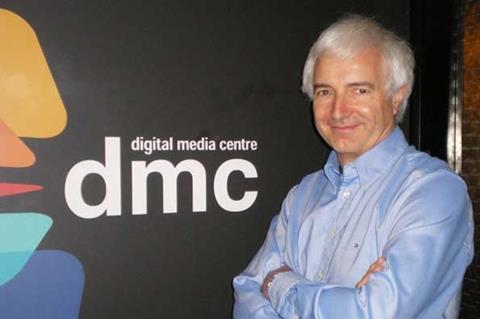 From the viewpoint of someone who lives and works in Amsterdam, IBC is like the circus coming to town. A week ago the number of trucks around the RAI centre obviously increased as build up crews moved into town to create IBC and the tents went up. Now those crews have departed for a few days and Amsterdam given way to the performers for the real event, but what’s in store this year?

Well judging by all the pre-show announcements the ever growing mobile side of the industry will be showing new and better ways of streaming content to just about every device we carry around. It’s an expanding side of the business and one that will become increasingly important. The technology to use the same content on may platforms has been around for a while and this year there’s more new developments, but with it comes the ‘back office’, content and workflow management, billing and so on and I’ll be taking time to look closely at ways of building efficiency with systems I know and those I don’t.

It’s also clear that the economy is having an effect on the industry as everyone fights to maximize efficiency and minimize costs. Time spent looking at new ways of approaching financing or constructing the business will be top of the agenda for many broadcasters, including us, and some of the solutions will be discussed during the conference. Every part of the chain is being closely examined to improve efficiency and those best at it will reap success.

It is impossible to miss the 3D demonstrations this year. Wherever you look there is a new or better way to create, produce and deliver 3D to the consumers. Sony, who aren’t here this year, announced their plans for consumer 3D screens at (IFA) in Berlin last week and more of that here I suspect. But the debate is over how the consumer will view it. Glasses or not, active or passive, and do they really want it. Just like HD it looks like the technology will be ready for when it eventually arrives.

As far as HD is concerned, there’s plenty of new developments, particularly in terms of the increasing amount of 3G ready infrastructure products and ‘glue’. However I fear that the technically superior 1080p will either not be appreciated by many or will still be condemned to distribution in a bandwidth that is too small to convey the benefit to the viewer.

Having a stand at IBC, I count myself part performer and part spectator in the event but it’s just as enjoyable from both perspectives. I have plenty I need to look at and my diary is full as ever with conference events and meetings both with clients and suppliers. But I recognize it’s also a time to find out how the rest of the industry approaches the same problems and bumping into friends and colleagues with going from one meeting to the next is a great opportunity to exchange ideas and I know I’ll be doing a lot of that too.