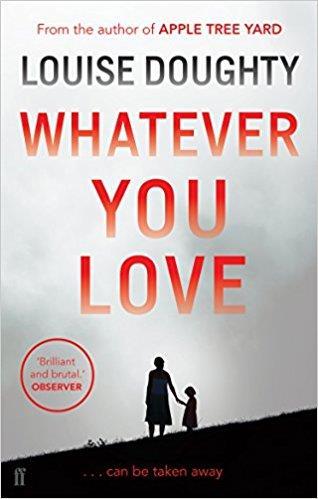 Foyle’s War indie Eleventh Hour Films has teamed with actor-producer David Morrissey to develop and produce an adaptation of Louise Doughty’s Whatever You Love.

The revenge thriller is based on the Apple Tree Yard author’s best-selling novel, which follows a mother looking to avenge the death of her nine-year-old daughter, who is killed in a hit-and-run accident.

Morrissey, who most recently starred in Britannia and The Walking Dead, will star and exec produce with Ayshford and Eleventh Hour creative director Paula Cuddy. Doughty is an associate producer on the series.

Morrissey said: “I am a huge fan of Louise Doughty’s book, and absolutely delighted to be bringing this to screen. It is a passion project for me.”

Ayshford added: “Louise’s novel shimmers with dark truths about marriage and the lengths we will go to for love. I’ve always wanted to adapt a story this raw and contemporary and to do it with talents such as David Morrissey and Eleventh Hour Films is wonderful.”

The deal was struck by Rebecca Watson at Valerie Hoskins Associates on behalf of literary agent Antony Harwood.

Most recently, the indie teamed with Sony Pictures Television International Production on a development and distribution deal around UFO thriller Rendlesham.

The family drama, set against the backdrop of the Cold War, tells the story of an alleged UFO incident that took place at a US air base close to Rendlesham, Suffolk, in 1980.