TV Critics: Inside No 9; American Justice; Yorkshire: A Year In The Wild 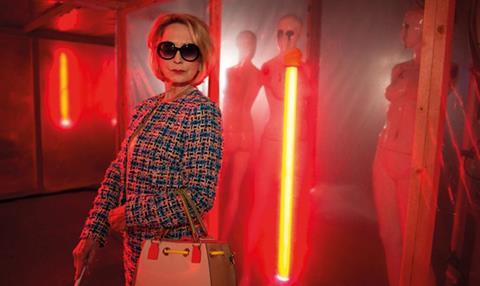 “The final satirical pay-off was perfect; a grisly yet gleefully amusing close to a series packed with grisly and gleefully amusing moments. With a few solid episodes and a couple of classics-in-waiting, this latest season of Inside No 9 has proven that Shearsmith and Pemberton’s talent for uncomfortable, riveting comic horror remains undimmed.”
Mark Butler, The i

“Reece Shearsmith and Steve Pemberton have certainly perfected the art of the dark short story. Their half-hour comic dramas are as seamlessly crafted as the best of Roald Dahl’s Tales Of The Unexpected. It was a gory coup de grace to a collection of stories that weren’t so much disturbing as deranged.”
Christopher Stevens, Daily Mail

“Horrible, macabre and gruesome, but gloriously and hilariously so. Agatha Christie meets Damien Hirst – with puns. The only shame is that this was the last in the run. More, more, more.”
Sam Wollaston, The Guardian

“We rarely look too closely at how the ‘greatest nation on earth’ is ruled and governed. But when we do, it can be quite scary. American Justice takes us a little way in, with an engaging, True Crime-style look at the system in one particular state.”
Matt Baylis, Daily Express

“It’s a side to serious crime you don’t often see on television – not exciting, or glamorous. Just horrible, and really really sad.”
Sam Wollaston, The Guardian

“It could have been mistaken for a drama — a southern The Wire, perhaps, with the bonus of a dour voiceover from Shaun Dooley. As so often in real-life crime, however, the characters did not live up to the expectations raised by fiction; the perps were stolid, the victims’ relatives generally reasonable, the police interviews low key and the trial sequences quite dull.”
Andrew Billen, The Times

Yorkshire: A Year In The Wild, C5

“An hour of truly spectacular wildlife footage proved a delightful surprise as a new series began of Yorkshire: A Year In The Wild. This was a visual poem, an elegy to the landscape of the dales and moors, with exceptional lenswork that showed us peregrine falcons hunting, red squirrels foraging and queen bees emerging from a frosty hibernation.”
Christopher Stevens, Daily Mail