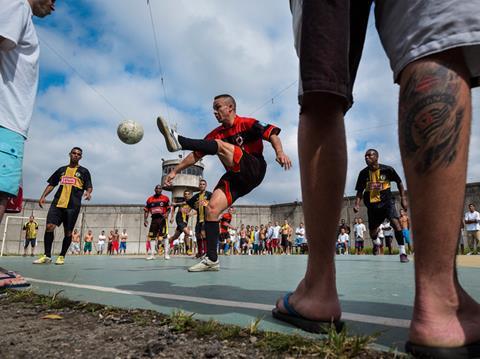 The series are being developed and produced by Vice Studios in Benelux, and will be broadcast globally on Insight TV, premiering in the autumn.

The first series will explore the origins of street football, looking at how it has given rise to footballing legends but has also seen many players lose their way to the distractions of daily life. The show profiles young talented players who have ended up in prison.

Well-known footballers will visit prisons all over the world to understand the moments that led many aspiring sports stars to end up behind bars. At the end of each episode the footballers will play a match against the inmates.

Meanwhile, Modern Day Gladiators tells human stories behind e-sports, looking at the fame, success and riches that now come with being an e-sports personality – as well as the darker side.

Arun Maljaars, director of content and channels at Insight TV said: “These new shows will tap into gritty, thematic and thought-provoking narratives that will entertain and encourage discussion amongst viewers.”

Stefan Tieleman, head of Vice Studios, Benelux, added: “These two commissions will look at hidden aspects of international, mass sports – allowing us to tap into a global youth audience by offering unique, candid and insightful content.”