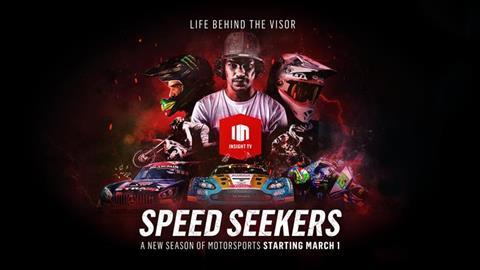 Morbidelli Rising will give fans the inside track on Moto2 motorbike world champion, charting the 18 months before Franco’s Moto GP track debut. It is produced in partnership with Monster Energy.

FMX Nomads follows the globetrotting, day-to-day life of the Bolddog freestyle motocross team, and was produced in house by Insight TV.

In Fast and Famous, two celebrity supercar owners are pitted against each other to race their cars on a real race track.

Insight TV executive producer Frank le Mair said: “Motorsports communities have always been an important part of Insight TV’s show library, and these new programs demonstrate to all speed seekers out there that Insight TV is top of the podium for storytelling and adventurous content.”