Going inside the ICU

We make judgements in journalism all the time. It’s second nature. But the decision about whether to go into a busy hospital, the frontline in the fight against coronavirus, and film staff and patients was not an easy one.

It was simple on the face of it. We must get access, report on what is going on, film how hospitals are coping and see how patients are being treated. But we are not in normal times and the decision was fraught with difficulty.

First and foremost, should a TV crew go onto wards and talk to very ill patients whose own families can’t visit them? Should we be taking up staff’s precious time when there are critically ill patients needing their attention? And finally, is it safe?

Ultimately the only question we really needed to ask ourselves was: is this in the public interest? The answer quite obviously was yes. 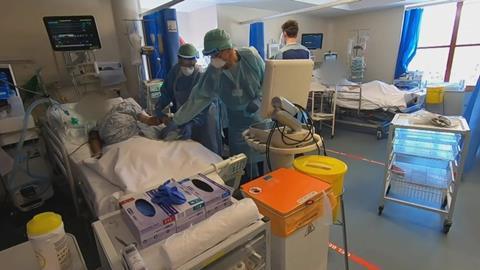 Coronavirus is extremely contagious. Covering the story would be risky and risk assessments had to be conducted by ITN and the Royal Bournemouth Hospital. It was decided we would use the hospital’s own personal protective equipment (ITN has since donated PPE to the hospital).

I’d be lying if I said I wasn’t concerned about going in but I felt I had a duty to report on what is happening.

The first challenge on any story is to find the characters who are going to tell the story in the best way possible. Many are reticent to reveal too much or indeed speak the truth but in Bournemouth both staff and patients were desperate to speak to us.

Our first interview was with a nurse who’d just finished a night shift, she was moved to tears as she told me two patients had died overnight but their families couldn’t be with them at the end. At this point, it dawned on me how difficult the day would be.

Soon afterwards we heard a patient was about to leave intensive care having spent the weekend on a breathing device. Nurses were so relieved she’d survived they clapped her out of the unit. Linda New was in her fifties and sobbed as she told me her only thoughts, while fighting for her life, were for her children. I hadn’t prepared for such an off the cuff, emotional interview and had to fight back my own tears.

Linda’s consultant, Dr Scott, allowed our camera into the Intensive Care Unit. Groups of clinicians crowded round the six patients inside. There was a calm, controlled atmosphere.

Few of them spoke and it was impossible to tell whether they were nurses or consultants behind the masks, all had quiet, determination in their eyes. The patients were all on ventilators and heavily sedated. I was surprised at how controlled it looked. 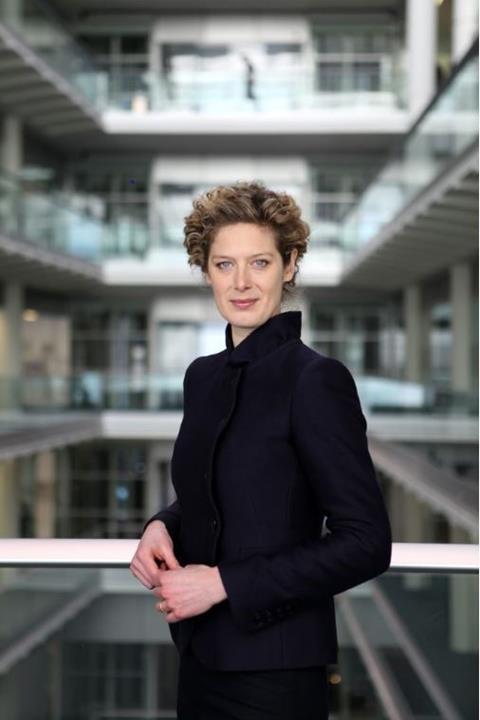 By the afternoon, the ‘red zone’ of Accident and Emergency was chaotic. Staff were running backwards and forwards, treating suspected coronavirus patients, hampered by having to pause to put on protective equipment. I have never seen anything like it.

One nurse told me her family worry about her endlessly but her first thought is always for her patients. She also had terrible eczema on her hands from so much washing; it was such a small thing but it touched me and made me want to hug her.

Of course I couldn’t, not least because we’re not allowed within two metres of one another.

Finding the right balance between professional and personal was very hard. I wanted to comfort the patients and down tools to help the staff but that is not my role.

My role was to observe, probe and allow them to tell their stories. Striking the right tone is a juggling act, get it wrong and the impact of the report is lost, get it right and it becomes an important piece of journalism in the national interest.

Both the patients and the staff I spoke to wanted the public to know what a potentially lethal virus this is and how well the NHS is coping in the circumstances. All I wanted was to tell their stories, in as compassionate and impartial a way possible.