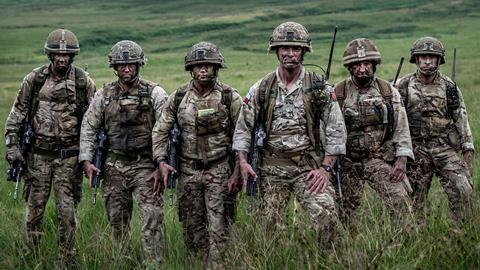 The UK’s Parachute Regiment will be placed under the microscope for the first time in more than 35 years for an ITV doc series.

Songs of Praise indie Avanti Media was granted exclusive access to the regiment for The Paras: Men of War (w/t), with the show set to air in 2019.

Producers spent a year filming with the young soldiers, many of whom were pushed to the extremes of their endurance as they gave their all to pass through the regiment’s recruitment stage.

Participants talk openly about their experiences in both training and combat, reflecting on the challenges they face during their first major assignments.

ITV said the 3 x 60-minute series is the first since the BBC’s The Paras from 1983, which followed soldiers at Aldershot Garrison.

The series was commissioned by ITV current affairs controller Tom Giles. It is being exec-produced by Avanti’s Neil Grant, while Nick Betts is the series producer and director.

Giles said the programme presents a unique opportunity to viewers at a time when the armed forces are “under more scrutiny than ever”.

He said the series offers “a powerful understanding of the people and culture within an elite, sometimes controversial, regiment that we all know of, but about which we have little real inside knowledge”.

Grant described it as “raw, honest and revealing” but not “sugar-coated”.

The series will be distributed by Sky Vision, which holds all international rights.