Picture post-production, audio post and VFX on an eight-part drama about the first English settlers in America in 1617. 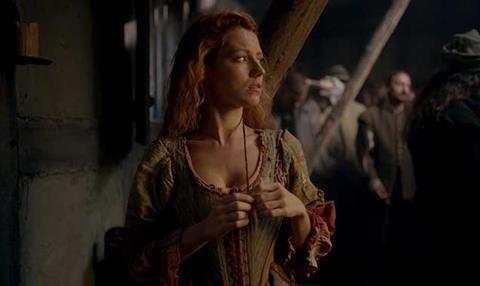 Brief
Picture post-production, audio post and VFX on an eight-part drama about the first English settlers in America in 1617.

How it was done
Using ProRes 444 Log C rushes, shot on Arri Alexa, colourist Aidan Farrell graded the series using Digital Vision’s Nucoda, giving the show dynamic, powerful colours and textures, as well as a cinematic look. Sapphire plug-ins were used to distinguish the mood and tone of the series. In order to retain and complement the true tone and colour of the 1619 setting, special attention was paid to costumes, hair and make-up and set design.

BlueBolt VFX supervisor Richard Frazer and VFX producer Jan Guilfoyle led a team of artists to deliver 116 VFX shots in total. The work featured heavily in sequences at the Jamestown docks where a photoreal full CG ship was created and added. The VFX work was also key to establishing the geography of Jamestown itself.

Other notable contributions included creating the dramatic and wild landscape of the New World, and working together with SFX team to build a raging inferno inside the Jamestown candle store in episode 7.

Hackenbacker did the audio post work, creating an authentic, atmospheric and highly immersive track. Clarity of dialogue was key, with care taken to ensure both the 5.1 and the stereo versions of the show ran well in a variety of often less than ideal domestic listening conditions.