Kids On The Edge; Black and British; This Time Next Year; GPs: Behind Closed Doors

“It was impossible not to be profoundly moved by the children of Gloucester House and to hope the help hadn’t come too late.” 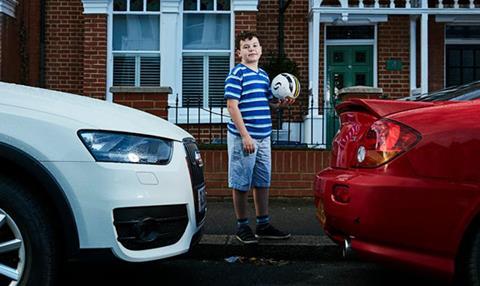 Kids On The Edge, Channel 4

“A thoughtful and moving documentary following the specialised work of the Tavistock trust. Gloucester House represents the end of the line, and like many such places, it turns out to be filled with rage, resolve, patience and hope.”
Chitra Ramaswamy, The Guardian

“One of the most poignant and pitiful aspects of the programme was how upset and remorseful all the children were following their violent outbursts. It was impossible not to be profoundly moved by the children of Gloucester House and to hope the help hadn’t come too late.”
Claudia Connell, Daily Mail

“This was not Supernanny territory, no miracle turnarounds on offer here, just the patient going-over of what every child needs, in the belief that every child deserves it.”
Matt Baylis, Daily Express

“The only failing of this observational film by Peter Beard was that it did not put Gloucester House in the context of provision for such children nationwide. A simple caption at the end addressing the point might have been enough.”
Andrew Billen, The Times

“It’s a measure of how overdue a series like Black and British: A Forgotten History has been that three episodes in, historian David Olusoga still manages to fill his slot with unique, thought-provoking material.”
Matt Baylis, Daily Express

“Whereas in last year’s two-parter Olusoga’s purpose was, in part, to engender outrage, this year’s series is more nuanced, genuinely attempting to tell a forgotten story and pausing to celebrate and lament. There was plenty to lament in last night’s programme too.”
Andrew Billen, The Times

“At several points, we saw plaques being put up to commemorate various people and events covered in a programme that was itself a kind of plaque: a memorial to things many Britons won’t have been taught at school, and a sadly topical caution against all poisonous notions of racial otherness.”
Mark Monahan, The Telegraph

“A thoroughly hit-and-miss affair. This Time Next Year is shamelessly designed to tug at the heartstrings, but some of the stories felt more suited to daytime TV than a prime-time slot.”
Claudia Connell, Daily Mail

“This might be the most depressing programme on television. What is the point of it? To chill our hearts? Frighten hypochondriacs? Remind us that GPs, like the musicians on the Titanic, are doing their best in a bad situation?”
Chitra Ramaswamy, The Guardian