“Slickly made and mightily entertaining, Killing Eve brings a new energy to the well-worn game of cat-and-mouse staged by many a murder mystery.” 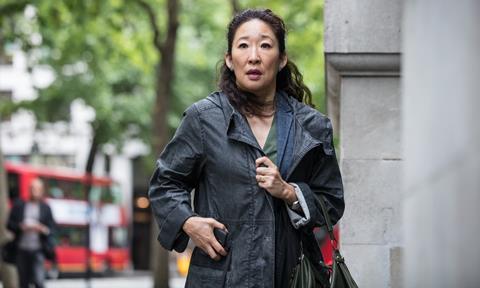 “Slickly made and mightily entertaining, Killing Eve brings a new energy to the well-worn game of cat-and-mouse staged by many a murder mystery. A superbly acted and amply suspenseful drama, and yet another feather in Waller-Bridge’s cap.”
Jake Nevins, The Guardian

“There’s no doubt that, for a subset of TV fans, Killing Eve is going to be one of their favorite shows of the year. Even with its wobbles and bumps, there’s one crucial element keeping it aloft: ‘Killing Eve’ is attempting something rare, wild and risky. It may not always hit its chosen targets, but it’s usually entertaining to watch it try.”
Maureen Ryan, Variety

“Grounded by outstanding performances from Sandra Oh and Jodie Comer, Killing Eve is an enthralling trip that follows a familiar path and then suddenly veers off course, never ceasing to shock and satisfy. The series manages to be as gripping as it is kooky and darkly funny, revelling in the tennis match between the two actresses.”
Kelly Lawler, USA Today

“That the shadowy enemy here is more SPECTRE than SMERSH, in James Bond terms, pulls the plot toward a corniness that clashes with the naturalism of the production… This would all matter less if the show were less good, but the show is so good that it really doesn’t matter much at all.”
Robert Lloyd, LA Times

“Killing Eve is a television show that gets your hopes up. It was created by Phoebe Waller-Bridge, whose ‘Fleabag’ was one of the sharpest comedies of recent years, and it stars Sandra Oh, who is consistently smart and funny in equal, abundant measure… The result is entertaining, clever and darkly comic, anchored by Ms. Oh’s performance.”
Mike Hale, New York Times