Post-production on an 8 x 60-minute comedy drama about friendship, ambition and gluttony. 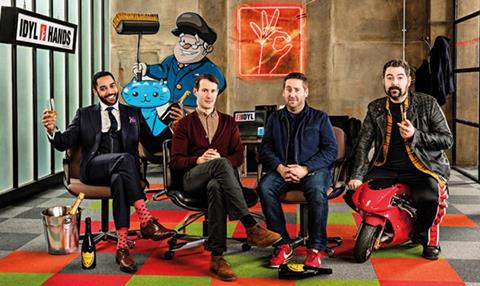 Brief
Post-production on an 8 x 60-minute comedy drama about friendship, ambition and gluttony.

How it was done
Shot on the Arri Alexa, colourist Thomas Urbye, using SAM Rio 4K, offered up a strong and colourful grade that gives the series a modern feel. To complement the big set pieces, which include helicopters and powerboats, he made the series glossy, rich and brash. Midpoint saturation and blue in the shadows was added to create chromatic contrast. This was protected with accurate curves and clipped