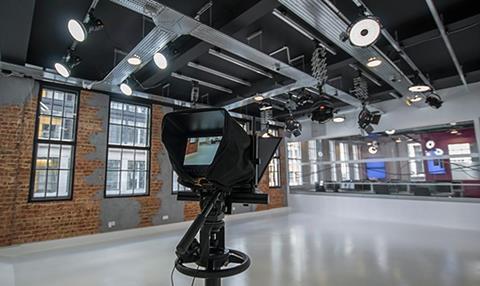 The Celebro Media chief executive expects five international channels to launch in London over the next 12 months, which is likely to increase demand for permanent and ad hoc space in the capital. He believes the channels will be from developing nations and will have a similar set-up to the likes of Russia Today and Press TV.

Dodd said: “The studio is purpose- built for broadcast, digital and web streaming, and represents a significant investment in what we see as the future of TV. A lot of broadcasters, publishers and NGOs are looking to make TV-standard programmes that might not necessarily be broadcast in the traditional way and may instead be streamed over the internet.”

Dodd described the studio, on Market Place off Oxford Street, as a “fixed OB space” that would provide the security of a studio with the functionality of a scanner truck. “The most challenging live environment is news, so if you have a gallery for a 24-hour news channel, it will also be capable of anything below that,” he said.

As well as a bi-directional line to the BT Tower, it is equipped with fibre connectivity and Streambox, Quicklink, UStream and Livestream video distribution platforms.

Dodd said the facility would be equipped for shooting and delivering 4K content. “Although we expect the amount of 4K work over the next year to be limited, especially in broadcast, we wanted the infrastructure, like fibre-optic connectors, to be in place,” he added.

The studio’s 4K workflow will use a Blackmagic Design Atem vision mixer, while a NewTek Tricaster 8000 will be used for HD content. Production space includes a 20-desk newsroom or office.