It was hard to take against a show that was so determinedly low key, puppyishly eager to please 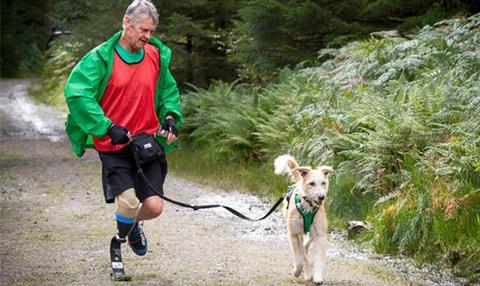 Me and My Dog: the Ultimate Contest, BBC2

I suppose, if you liked the assault course on the Krypton Factor and so on, you might enjoy seeing people do it with their dogs. Me, I’d rather watch puppies falling charmingly off sofas on YouTube.
Matt Baylis, Daily Express

It was hard to take against a show that was so determinedly low key, puppyishly eager to please – and probably cost about as much as my licence fee to put together.
Gabriel Tate, Daily Telegraph

Each owner bristled – hackles up – as they sussed out their rivals. I got excited, expecting a snappy, bitey, yappy, snarly dog-eat-dog battle. Between the owners, you understand.
Chloe Hamilton, The i

For my money, the real winner was lurcher Mitch. On the assault course, he just rolled over for a tummy tickle. Good lad, Mitch!
Christopher Stevens, Daily Mail

None of it felt mean-spirited: everyone had reasons for their behaviour, however deeply buried they may have been. I’ll certainly be giving it a second chance.
Gabriel Tate, Daily Telegraph

Sorry, but if you stick a bunch of people in a house and film them for a few weeks, it’s Big Brother. Big Brotherfor posh people, but Big Brother nonetheless.
Sam Wollaston, The Guardian

Whilst being a bit more purposeful than showing Bill Oddie and Miriam Margolyes taking a long, BBC-funded holiday, this TV experiment has also got more of an edge.
Matt Baylis, Daily Express

There are some well-crafted lines and decent performances from Charles Edwards as the abdicating king and Sally Phillips as his Scandi queen, but next to Channel 4’s The Windsors it feels tepid.
Andrew Billen, The Times

Henry IX pretends to be a royal sitcom, but really it’s the story of a mid-life crisis, a sort of Ever Decreasing Palaces. Think of it as Reggie Perrin Goes To Balmoral.
Christopher Stevens, Daily Mail