Peel Media operations director David Carr is to return to London after resigning from his role at MediaCityUK. 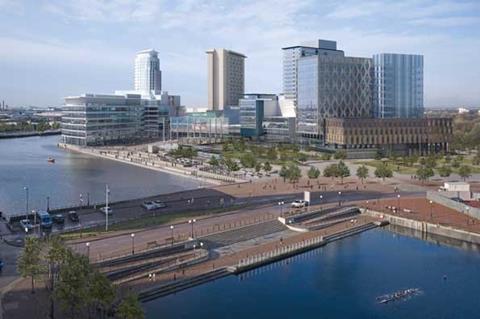 The amicable split was agreed last month and will see Carr complete a three-month notice period, although he could potentially continue working beyond that point if required.

Carr, whose role at Peel was to develop and manage the creation of the studio complex at Salford Quays, told Broadcast that he ‘already has options’ and is looking forward to returning to the capital.

“I’m really a Londoner and I miss London,” he said. “There’s an awful lot going on and as I don’t really want to be running the studios once they’re completed, I made the decision early that it was better to create flexibility for [Peel]. I wish the project well and will be happy to help out in the future if they want me to. As for my next project, my dream would be to work on the Olympics.”

Carr started the job on 1 October 2008. His previous roles have included head of production at Sky, managing director at Charter Broadcast and managing director of M2 Television as well as stints at Capital Studios and Barnes Media Trust.

A spokesperson for Peel said that it was too early to say whether or not the vacant operations director role would be advertised and re-filled.

Peel Media recently announced a collaboration with Ascent Media Group to provide a range of services at MediaCityUK that could include running the studios operation.

Phase one of MediaCityUK is scheduled for completion in 2011.

“I am aware that Ascent Media is in negotiation on a number of contracts relating to the Media Centre in Salford.  One of the contracts, I believe, that is under discussion will be the future provision of Studio Facilities and Post Production. My members, who are employed by both BBC Post Production and Studios and 3sixtymedia, will have a keen interest in who will undertake this work.”