Show takes place at London Olympia on 13 and 14 June 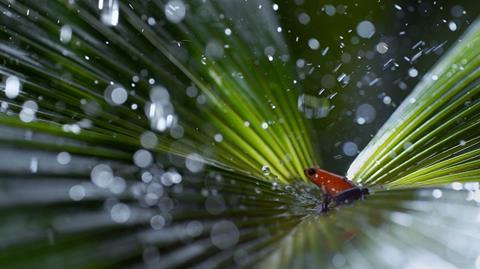 Producer Tom Hugh-Jones will be at this year’s Media Production Show to talk about the BBC’sepic wildlife documentary series Planet Earth II. The show takes place at London Olympia on 13 and 14 June.

Planet Earth II took an extraordinary look at the lives of animals around the world ten years after the BBC’s original Planet Earth documentary.

Drone camera technology was the major innovation that helped deliver the required level of emotional intimacy to the new series.

“The first Planet Earth coincided with the digital revolution when ultra-high-definition was coming in,” says Hugh-Jones of Planet Earth II, in comments to KFTV.

“If there was one criticism of the first series, it was perhaps that there was an over-reliance on sweeping aerial shots that were less effective at really getting close up to the animals.”

For Planet Earth II the producers made use of the Movi gimbal camera system, a lightweight piece of equipment that rests the camera on a specialised frame balanced in the centre of two gripping poles. The Movi was originally designed for use on aerial drones and performs like a stripped-back Steadicam.

“The plan was to make Planet Earth II more immersive as a viewing experience and to get that higher level of emotional engagement,” Hugh-Jones says. “We filmed around animals that were used to humans so that we could get closer and get more organic footage.”

Specialist camera ‘traps’ – where filming was triggered by the movement of passing animals – were used to capture footage of more elusive subjects like snow leopards.

These devices were originally only really suitable for scientific research but the image capture process was adapted by the Planet Earth team over several years to make it work for the series.

“We worked with scientific advisors who were able to help decipher the animals’ behaviour and calculate the best places to put the camera traps to get the footage we needed,” Hugh-Jones says. “It was a system we refined over the course of three years – mixed with some luck.”

Tom Hugh-Jones will be talking about Planet Earth II at the Keynote Theatre on the afternoon of Day One of the Media Production Show on 13 June. For more information and to register for your free badge click here.

This article was originally published on KFTV.com