NAB conferences: six of the best

NAB 2016: Our pick of the keynotes and panel discussions at this year’s show 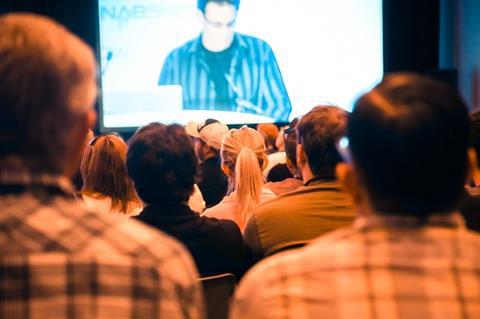 The Vendor C-Suite: Strategies for an Evolving Market

This debate among some of the broadcast technology sector’s biggest hitters is part of Devoncroft’s Media Technology Business Summit, which is described as “a thought-provoking kick-off to the NAB Show”.

As well as panel discussions and presentations the half-day event will include a preview of the findings of the Devoncroft Partners 2016 Big Broadcast Survey.

IABM State of the Industry

The IABM (International Association of Broadcasting Manufacturers) will host its annual State of the Industry Conference on Monday 18 and the Game Changer Awards on Tuesday 19.

The State of the Industry Conference aims to take the pulse of the industry.

Being There – Virtual Reality News and Documentaries

Key players in the world of VR and immersive video have been lined up for a discussion about. Speakers include Google VR head of pertnerships Aaron Luber, Jaunt VR co founder and CTO Arthur van Hoff, who will discuss what makes for powerful VR journalism.

Questions they will grapple with include how to address the complexities of capturing real-world footage, whether the role of the on-screen reporter is any different, and what are the latest tools and techniques on the set and for delivery.

Ericsson senior vice president technology at Ericsson’s TV and Media Strategy division Matthew Goldman is among the panellists who will discuss what those numbers and letters mean to content producers and how are they will impact consumers and clients.

You can read all about Lytro’s light field camera here, but those attending NAB can also hear from John Karafin, head of light field video and the company’s chief executive Jason Rosenthal, about their efforts to change cinematography.

Last but by no means least, this closing session will be delivered by Google president Daniel Alegre, who oversees all of Google’s strategic partnerships around the world.