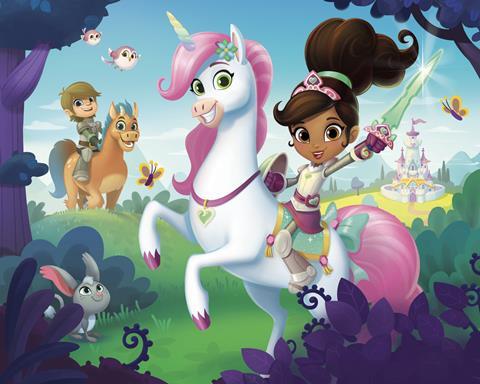 Brief Soundscapes and SFX for an 80-part animated series about a Princess who can transform into a knight.

How it was done Senior sound designer Neil Haggerty created realistic SFX that allow the more fantastical magic sequences to stand out. Working on up to six episodes at a time, the dialogue was first adjusted to give a greater sense of location. The soundscapes were then created to evoke a sense of place and provide underlying atmosphere. For forest scenes, Haggerty combined several individual SFX to differentiate between the types of woodland. Precisely timed spot effects were also added, including footsteps and movement. Each character’s armour was given a distinctive sound, with tin cans and brass pipes used for battered armour, and plate metal for polished armour.

Watch it Now on Nick Jnr