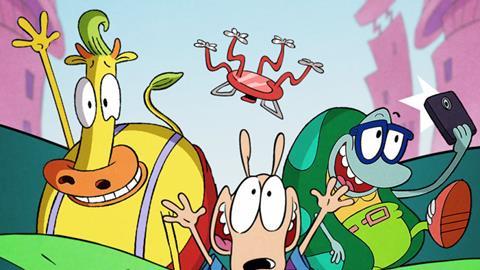 Netflix has signed a multi-year deal with Nickelodeon to bolster its kids and family offering in the face of competition from Disney+.

Specials based on The Loud House and Rise of the Teenage Mutant Ninja Turtles are set to follow, with the New York Times reporting that they will be joined by a SpongeBob Squarepants spin-off centred on the eponymous character’s short-fused neighbour Squidward.

Initial reports have valued the deal at $200 million, though neither partner has put a price on it. Nickelodeon currently has a separate deal in place with Amazon for some of its properties, including SpongeBob and Dora the Explorer, and also has its own on-demand app Nick Hits.

Nickelodeon president Brian Robbins said: “Nickelodeon’s next step forward is to keep expanding beyond linear platforms, and our broader content partnership with Netflix is a key path toward that goal.

“Our head of animation Ramsey Naito has been building on that legacy over the past year by ramping up development and production exponentially.”

Netflix vice president of original animation Melissa Cobb added: “Nickelodeon has generated scores of characters that kids love, and we look forward to telling wholly original stories that re-imagine and expand on the worlds they inhabit,.

“We’re thrilled to continue collaborating with Brian Robbins, Ramsey Naito, and the creative team at Nickelodeon in new ways as we look to find fresh voices and bring bold stories to our global audience on Netflix.”