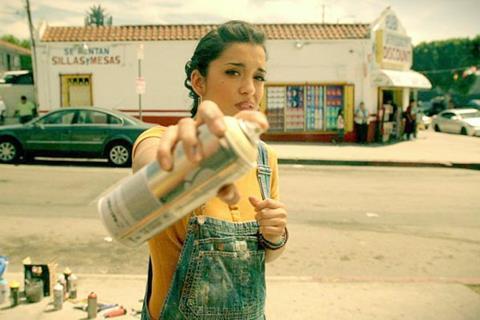 Broadcast understands that the streaming giant picked up the Macro Ventures-produced seven-parter following its premiere at the 2017 Sundance Film Festival, and is expanding the show for its platform.

Created by Marvin Lemus, with Linda Yvette Chavez as co-writer, the English and Spanish-language series follows seven Latino characters, including bicultural millennials and veteran business owners, as they come to terms with the effects of gentrification in their predominantly Latino neighborhood of Boyle Heights – one of the oldest neighbourhoods in Los Angeles.

Each episode is told through the perspective of one character and explores the complications that arise as they try to preserve and sustain their community.

Executive producers include Ugly Betty and Superstore actor-producer Ferrera, who also stars in the series, as well as Lemus and Macro Ventures founder Charles D. King.

Gente-fied was the first digital series produced by multiplatform producer Macro, which was founded by former WME partner King in 2015.

The business, which creates premium content for multicultural audiences, has produced such feature films as the Oscar-winning Denzel Washington and Viola Davis-starrer Fences and Dee Rees’ Mudbound, which debuted on Netflix late last year.

Netflix bought Gente-fied out of Sundance, which has been inching into web and TV series in recent years. Shows to have premiered there include Ezra Edelman’s Oscar-winning ESPN docuseries OJ: Made in America and The Duplass Brothers’ animated series Animals, which was picked up by HBO out of the 2016 festival.

Sundance, which kicks off on Friday (19 January), will this year unveil 17 projects in its inaugural TV-focused programme, Indie Episodic.

Netflix has steadily ramped up its slate of Spanish-language originals in the last two years, having released such dramas as Las Chicas del Cable and Ingobernable. Last year, it greenlit Spanish-language young adult murder mystery Elite.

The streaming giant revealed in August that it would debut 50 new and returning original productions from Latin America through 2018.