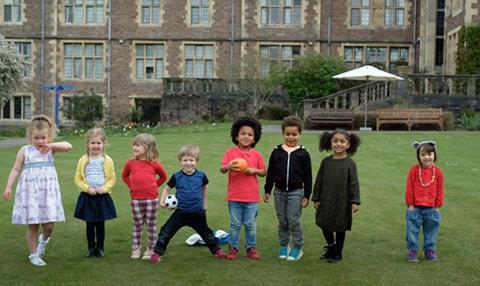 This is much more than a heart-warming observational documentary, though only a terminal misery-guts could watch the whole hour without giving in to a big soppy smile.
Christopher Stevens, Daily Mail

The children, too young to understand frailty, were straightforward in their manner towards the adults, one girl even distracting a crusty old gentleman from his newspaper. The ageing issue is not going to go away: expect a lot more on these encouraging lines.
Virginia Blackburn, Daily Express

In many ways, it would have been better done as a mood piece rather than structured as an experiment. The breaking down of human interactions into categories and tickboxes only took away from the programme’s delights.
Lucy Mangan, The Guardian

Initially confident of “total disaster”, before long Hamish was lying down playing sleeping lions (well he was one, wasn’t he?) and growling, “Whom am I going to eat?” He supposed, afterwards, we could say he enjoyed himself. You are, you see, only as old as the child you hug.
Andrew Billen, The Times

In The Dark, BBC1

One of the best crime series ever made, Life On Mars, was set on the mean streets of Manchester, this I regret to say was nowhere near the same league. None of the characters were likeable, so much so that you really didn’t care what happened to them. That, my friends, is not how to make a TV show.
Virginia Blackburn, Daily Express

This was turgid stuff, laden with dreary explanations of which character betrayed the other, as if we cared. Let’s hope we never see it again.
Christopher Stevens, Daily Mail

[Rebecca] Front was a superb reminder of what actors can do when given scripts that allow speeches longer than 60 seconds.
Andrew Billen, The Times