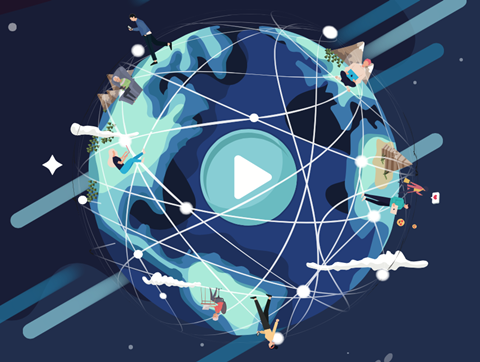 OTT platforms have overtaken pay-TV services in popularity, according to a survey of almost 10,000 consumers across Europe, the US and Australia.

The survey, by cloud-based video production, editing and distribution platform Grabyo, found the global market penetration of OTT services has reached 38%. Predominantly this is down to the rapid growth of Netflix, which the survey says has 54% market penetration worldwide, and 61% in English-speaking countries.

The second most popular OTT service is Amazon Prime Video, which according to the report, has 30% global market penetration.

The popularity of localised OTT services are also growing - the likes of Canalplay, 10 Play and FuboTV having an average 22% uptake in their markets. In the UK, 32% of consumers use local OTT services such as BBC iPlayer.

”For 18-25-year-olds, consumption on OTT is second-only to video viewing on social media platforms.”

Grabyo’s report goes on to say frequent users of OTT services are increasingly likely to choose OTT over pay-TV, driven by the flexibility, convenience, quality of content and affordable price points of online streaming.

65% of consumers who have stopped subscribing to a pay-TV service now use an OTT service instead, while 58% of those planning to cut the cord over the next three years already subscribe to an OTT service.

The demographic using OTT services most often are aged between 26-49. For 18-25-year-olds, consumption on OTT is second-only to video viewing on social media platforms.

When it comes to the devices being used to view content on OTT platforms - smartphones are most popular (44%), while smart TVs and streaming devices such as Amazon’s Firestick, Google Chromecast, Roku and Apple TV account for around 41% of viewing.

Grabyo CEO, Gareth Capon, said: “OTT services are moving into the mainstream and are set to become the primary destination for video viewing in most markets. The traditional TV schedule is becoming less and less relevant for many demographic groups and with the upcoming launch of major new OTT services from Disney, HBO and Apple this year, the pressure on the traditional TV model will increase.”