High-def, multiplatform and 3D developments point to an evolution of the OB truck as an integrated media hub, though the sector is facing further consolidation. 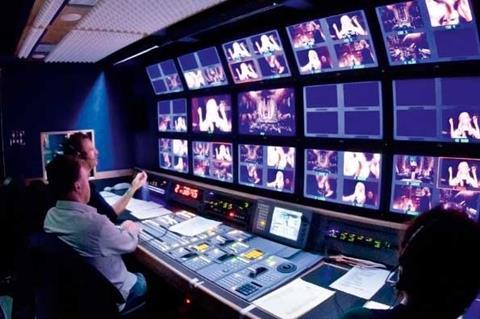 Nothing illustrates better the rapid pace of change in the broadcast industry over the past two decades than the OB truck. From the first all-digital unit in the early ’90s, to upgrades to 16:9 production later that decade, to the first SD/HD switchable truck introduced by Visions in 2003, the OB truck epitomises progress.

While the importance of new technology coming onto the market can’t be understated, it’s not the primary driver of progress. That comes from the broadcasters’ demands. CTV OB managing director Barry Johnstone points out that Germany and several other European countries are still working in 4:3. “We’ve been 16:9 since the late ’90s, which is down to Sky,” he says. “It’s the single biggest driver of change in the UK industry and, as a result, we’re incredibly advanced compared with the rest of the world.”

Unsurprisingly, HD is a given for the modern truck. There are still SD vehicles out there, but building new ones has become increasingly untenable in recent years as the price of HD kit has fallen and demand for HD content has increased.

Quality HD
The importance of getting a high-quality HD signal back into the truck is prompting OB firms to opt for fibre optic cable over Triax; it’s more expensive but better quality and allows for longer cable runs. Vision mixers have moved from composite to multi-standard HD and SDI, while some even now boast 3Gbps capability.

All monitors in new trucks are now flatscreen, and multiviewers are becoming standard. “It’s a bit of a backwards step - it’s still a way behind glass in quality - but you gain both space and flexibility,” says Omni TV head Tony Cahalane.

Truck glue has progressed, and up-, down- and cross-conversion is now standard. Meanwhile, on the audio front, digital sound desks with 5.1 capability and single fader operation are considered compulsory.

VT has mainly been replaced by networked EVS machines; it’s generally now an integrated specialist area within the truck rather than housed in a separate vehicle. Specialist high-speed slo-mo units are becoming increasingly popular; eight of Arri’s Hi-Motion units are in operation in the UK and are being deployed across a wide range of sports. Tape has been relegated to an ingest role or to provide a recorded master (though this is slowly moving to Blu-ray). Lastly, IT infrastructures are now commonplace. “Our latest truck has seven computer networks in it, and all the kit can be controlled via its own individual IP address,” says Cahalane.

Tech evolution
Production demands are also driving progress in OBs - there is a growing need for more cameras, operators, monitors and production space.

Telegenic’s T16 truck, for instance, features 96 monitors and supports 30 cameras. It can accommodate 38 crew in a 63m2 workspace and costs £4m. But despite trucks getting ever more sophisticated capabilities, their cost has remained fairly static. When Quantel built five OB trucks for the BBC in 1990, the spec then included support for 10 cameras, and featured 36 monitors and 11 production seats. The price was a little under £2m each - around £4m in 2009 prices.

The typical OB truck should see return on investment in seven years, but with a lot of money invested in HD over the past three years, it will be a while before the companies want to upgrade kit again.

Unfortunately though, time, tide and the broadcast industry wait for no man. “3Gbps technology [which enables 1080p50 TX] is coming and will be led by Sky,” says Arqiva’s Mick Bass. “It’s not quite there yet, but we’re all looking at it.”

Weakest link
Arena managing director Richard Yeowart believes cameras and recording formats are the weak links in the 3G production chain. That said, most new trucks being commissioned or overhauled will be spec’d out with 3G-capable kit, anticipating that 50p will become a mainstream format in the next two to three years. “We have to be able to offer 3D or 50p to our clients, even though I can’t see them hammering the door down for them just yet,” he says.

3D is getting a credibility boost thanks to attention from the OB sector, with several companies reporting upcoming 3D shoots over the summer. The trucks seem more than capable of handling it too. “We can go and do 3D tomorrow,” says Bass.

But again, the weak link is the cameras. “In theory, it’s easy to throw a load of converters into a truck and do it that way. The camera side is the hard part,” adds Yeowart.

Elsewhere, there are predictions of wholly RAM-based memory and more web-based remote editing, which would mean fewer onsite personnel.

Phil Aspden, SIS LIVE head of commercial, outside broadcasts, says: “I can see that in the future, the OB truck will simply become an IT-based media hub combining inputs from multiple sources, including local cameras and remote archives. Realtime access to this content will be provided either within the truck or remotely, with directors able to cut the programme from the comfort of their own homes and editors able to manage multiple broadcasts simultaneously.”

On the production side, there’s an increase in demand for high-spec’d smaller vehicles to work in areas with access problems, such as Arqiva’s new six-camera HDOB6 vehicle.

On the whole, business across the OB sector seems to be holding up well despite the downturn. Arena, for example, is expecting to achieve 15% growth this year (albeit down from 40% last year)

The big multi-year sports contracts confer a degree of stability (though bids for one-off events in slacker periods are becoming increasingly competitive).

Downward pressure
While production companies are getting squeezed and there is always downward pressure on rates, OB has been run along very lean lines for several years and even those within the sector acknowledge that there’s not much left to trim. However, Aspden sounds a note of caution. “In the last few years, most OB companies have changed hands, and there are definite signs that these new owners are growing impatient to see a return on their investment,” he comments.

“I think further consolidation in the market is inevitable, with fewer OB companies operating out of the UK by the end of this year.”

OB takes flight flypacks
Flypacks are allowing OB companies to increasingly compete on the global stage and cover worldwide events without incurring the astronomical fees of transporting a complete truck (it can cost $50k to send a truck by ship to the Middle East).

Essentially, they are modular, rack-mounted systems that replicate the functionality if not the ergonomics of a modern truck. NEP Vision’s flypack kit, for example, features a choice of 20 different vision switchers, seven different video routers, and has been deployed at shoots ranging from the Olympics to Hell’s Kitchen.

Flypacks also allow greater flexibility when it comes to ease of access. “Reality shows are great users of flypack systems, as they can be customised to fit anywhere, especially when the venue can vary in size from a semi-detached house in Canterbury to the Civic Hall in London,” says CTV OB managing director Barry Johnstone.

“The basic design issue with a flypack is finding the right balance between modularity and flexibility of configuration,” says Phil Aspden, head of commercial, outside broadcasts at SIS LIVE. “Big chunks of equipment are heavy and thus difficult and expensive to transport but have the advantage of rapid set-up. Small component-based flypacks can be easier to transport and more highly configurable but take an age to set up.”

Flypacks are perhaps evolving even faster than trucks. “We’re finding [flypacks have] got a lot more sophisticated and are now geared around EVS and setting up a complete server system onsite that other firms bolt onto,” says Presteigne Charter chief executive Mike Ransome. “The demand’s strong too. Next year’s World Cup is likely to be the largest fly-away ever, with all nine stadiums out there covered by fly-aways.”