Outside broadcast company gears up for 4K 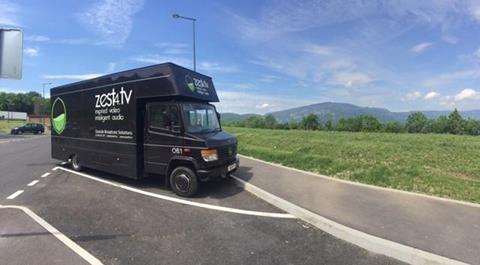 It plans to use the cameras in an eight-camera Mercedes Vario OB truck acquired following its purchase of Polycam Outside Broadcasts last month.

Zest4.TV specialises in providing production facilities and crews for the live events, audio-video, live streaming and broadcast industries. Its business previously centred on multi-camera flypacks and it only hired in full outside broadcast vehicles when there was nowhere to locate flyaway facilities.

The addition of the Sony HDC-4300 cameras enables Zest4.TV to offer 4K outside broadcasts to its corporate client base.

Duncan Payne, director of finance solutions company Adamantean, which financed the deal, said: “Zest4.TV is the first of the corporate AV businesses to purchase these cameras and it makes a great statement about its ambitions and the capability of its product offering.”