NAB 2015: Panasonic has announced a range of new 4K production products, including the AG-DVX200, a large-sensor, 4/3-inch handheld camcorder. 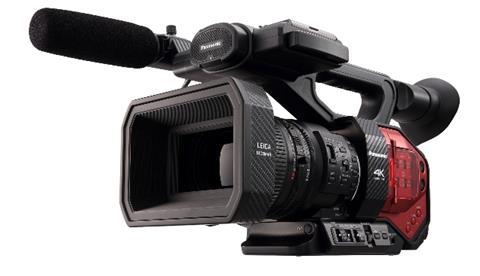 The camera offers features such 4K/60p recording, a 13X optical zoom and a V-Log L gamma curve for 12 stops of latitude and a shallow depth of field and a wide field of view.

Panasonic described the DVX200 as the ideal companion camera to the company’s VariCam 35 4K camera.

Also shown for the first time is the AK-UC3000 4K-ready studio system targeted at studio-based and live event production.