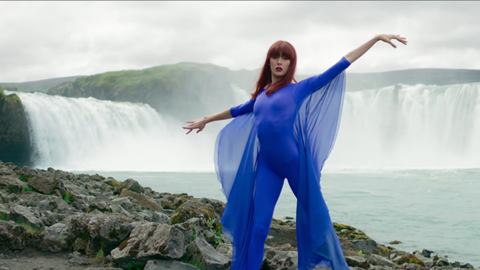 Striking images from the cameras of the moment

Footage from the Panasonic EVA1 and Sony Venice cameras – two of the most significant camera launches of the year – was showcased at IBC 2017.

Sony used an enormous screen at the front of its vast stand at the show to loop a reel of footage, including the short film, The Dig, which was shot on Sony’s new CineAlta camera.

The film is the first official Sony-backed Venice-shot film, and was written and directed by Joseph Kosinski, with director of photography Claudio Miranda, ASC. It’s just gone live on YouTube, so you can see it for yourself below.

Meanwhile, over at Panasonic’s stand, the first footage from its much-anticipated AU- EVA1 compact cinema camera was revealed.

Journalists were clambering over themselves at the Panasonic press conference to take still images of the film when it was first shown at IBC 2017.

It centres on a female dancer in an assortment of environments and was shot and directed by Italian DoP Filippo Chiesa on location in Iceland. You can see it for yourself here, and check out a behind-the-scenes film too.