Create the illusion of Rome existing as a modern city in ancient times. 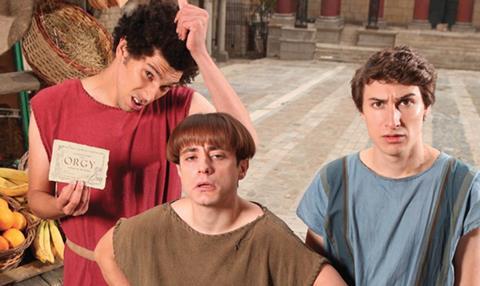 Brief Create the illusion of Rome existing as a modern city in ancient times.

How it was done Creating the environments was the biggest challenge. Across the 160 VFX shots, Outpost VFX created dozens of matte paintings, backdrops and set extensions through a combination of high-level artistry and image manipulation. Some of the scenes included CG chicken’s legs tracked onto actor Sean Williamson’s body, the build and population of a coliseum, digital manipulation of Simon Callow’s wig and creating the illusion of one of the actors being set on fire. Marcin Kolendo attended the shoot in Bulgaria as Outpost’s VFX supervisor. Nuke X, Maya, GPU renderer Redshift, Photoshop and After Effects were among the tools used.