“It struggled to emerge both from the shadow of the magisterial original and from under the weight of expectations.” 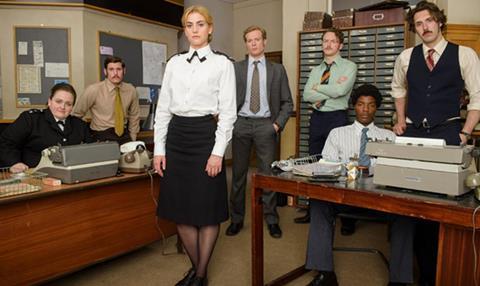 “It struggled to emerge both from the shadow of the magisterial original and from under the weight of expectations. Hopefully the plot and script will thicken, even if we are unlikely to see prime Prime Suspect’s like again.”
Lucy Mangan, The Guardian

“While you can’t blame ITV for returning to the well, you’d hope the broadcaster might have treated one of its towering achievements with a little more care and ambition. Even Helen Mirren would have struggled to breathe much life into material this inert.”
Gabriel Tate, The Telegraph

“Stefanie Martini is not so much bad as badly miscast as the young Tennison, neither looking anything like Helen Mirren nor sounding the faintest notes of her belligerence. The point of this brand’s resurrection, beyond appealing to the curiosity of older ITV viewers, was hard to comprehend.”
Andrew Billen, The Times

“It all made for a promising start. Just one cavil. I am old enough to remember the 1970s: was it really all so brown? The whole of the filming seemed to have been washed with sepia but, if memory serves, the sun did actually come out back then.”
Virginia Blackburn, Daily Express

The Attack: Terror in the UK, BBC2

“Despite the odd wobble, The Attack never fell off the tightrope between reassurance and scaremongering, even if moderate Muslims seemed under-represented and their impotence overplayed at times. Nonetheless, this felt informative, ominously plausible and worryingly thin on practical solutions.”
Gabriel Tate, The Telegraph

“I am unsure what point this hybrid served. A programme that leaves you feeling more helpless and despairing is not what is needed right now.”
Lucy Mangan, The Guardian

“This documentary is in the mould of BBC2’s Inside Claridge’s, about one of London’s most old-fashioned hotels (albeit one run by a German manager). The Mandarin Oriental looks like a cheap knock-off from Taiwan, and so does this film.”
Christopher Stevens, Daily Mail