This unique two-day event at Bafta will host industry talent behind some of the UK’s major shows as they debate TV’s burning issues and reveal the secrets of their production success. 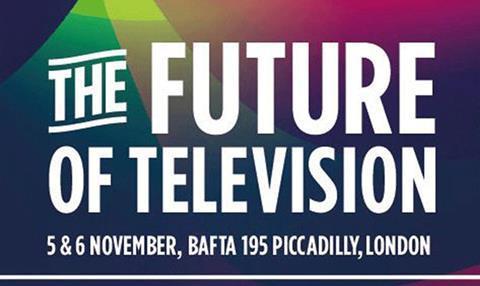 The audience will hear case studies from technical and creative visionaries; master-classes with leading directors, writers and producers; and panel discussions on new technologies.

David Morrissey: the actor, screenwriter, director and producer will take to the stage as the closing keynote on day two. The star of BBC1’s The Driver will join keynotes Melvyn Bragg, Studio Lambert boss Stephen Lambert (Gogglebox) and writer/director Hugo Blick (The Honourable Woman).

SBTV’s 24 year old millionaire media mogul Jamal Edwards will be speaking in an exclusive interview, in which he will reveal how he is continuing to grow and expand into new sectors and about the journey from his first music videos, to the part he has played in helping to redefine modern broadcasting.

Masterclasses about the year’s most distinctive and talked about drama.

Line of Duty DoP Ruairí O’Brien and writer Jed Mercurio will discuss the BBC2 thriller, while Utopia creator Dennis Kelly and director Marc Munden will lift the lid on the cult series.

The Production: State of the Nation panel features some of the UK’s most successful and creative producers, such as Wall to Wall’s Leanne Klein and Laura Mansfield from Outline Productions. They will discuss consolidation, creative cultures, co-production and the future of independent sector. Plus leading colourists, and sound designers discuss their processes.

Peter Bowker and Katie Swinden will share their journey in making the acclaimed Marvellous; while leading British drama directors Otto Bathurst, SJ Clarkson and Douglas Mackinnon discuss the state of UK drama in the Directors Cut with producer Paul Trijbits chairing the session.