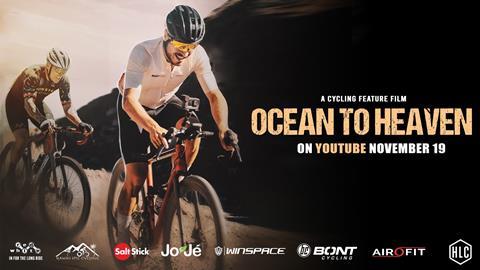 Elite Canadian cyclist and YouTuber Charles Ouimet has released a feature-length documentary – Ocean to Heaven – covering his ascent by bike on the world’s most difficult gravel road.

At 28 years old, Ouimet set himself the goal of climbing the Mauna Kea volcano in Hawaii, also known as The Impossible Route Hawai’i. He was only the third person in the world to achieve this feat.

The paved road from sea level to the top of the volcano, with an altitude of 4,200 meters and a total distance of 68km, is considered one of the 10 most difficult roads in the world. Charles opted for the alternative gravel road to add 600m of elevation and 41 km for a grand total of 109km and 4,800m of elevation.

Ouimet is a former professional downhill skateboarder who discovered cycling in 2016. Now an elite Quebec cyclist, he started his YouTube channel in 2020 to share his adventures and experiences as well as to document his unconventional journey that led him to become a full-time cyclist, without joining the pro peloton.

For Ocean to Heaven, he was accompanied by a cameraman, a driver, a nutritionist, and a guide (Chris DeMarchi from Hawaii Epic Cycling). The film is being distributed for free on Ouimet’s YouTube channel. Watch it in full below.