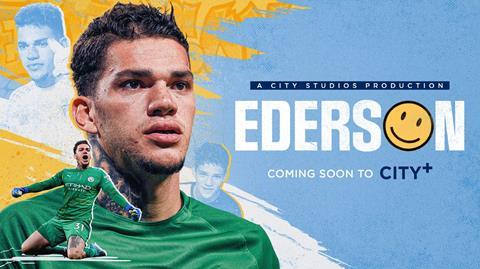 Manchester City has released the first episode of three-part documentary Ederson, produced by City Studios, which lifts the lid on the Club’s Brazilian international.

Ederson joined Manchester City in 2017 and quickly established himself as one of the best goalkeepers in England, winning three Premier League titles, four Carabao Cups, an FA Cup and two Community Shields to date.

The Ederson series was filmed and produced by City Studios and covers his early playing days in Brazil and his time spent with S.L Benfica to his latest years as part of Manchester City.

It features extensive archive footage from across Ederson’s career and new interviews with family, friends, coaches and his teammates.

Ederson said: “I’m very pleased to see this documentary series released. I have enjoyed working with the Club to capture the content and document my story and I’d like to thank everyone involved, including my family, friends and teammates past and present who have helped tell my story. I hope fans across the globe tune in and enjoy watching.”

The first episode of the series is being released exclusively on CITY+ with episodes two and three released weekly each Thursday on the platform.

A CITY+ subscription includes the live stream of selected Women’s, EDS and Academy matches throughout the season, as well as full-match replays and exclusive City Studios productions. It costs £1.99 a month.