The film gets a cinema release on 11 November 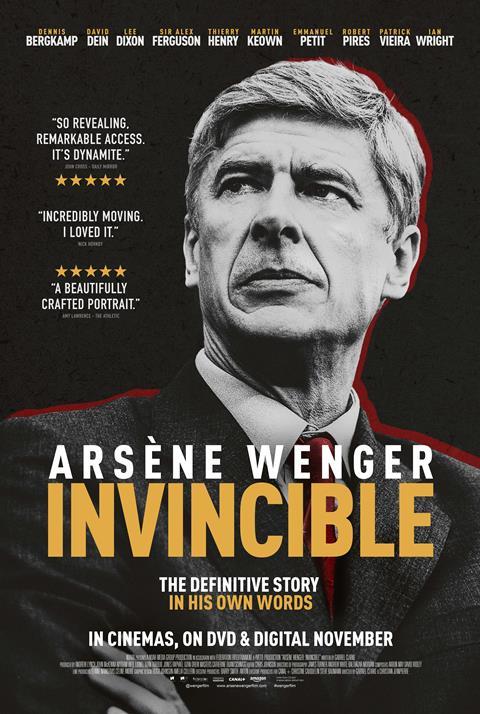 Noah Media has released the trailer for its forthcoming Arsène Wenger: Invincible documentary.

It’s the first major documentary on Wenger. Noah Media describes the film, which tells Wenger’s story in his own words, as “the definitive portrait of one of the greatest football managers of all time.”

The film is framed against the backdrop of Arsenal’s ’Invincible’ season of 2003-04 – the first and only time a team has gone a full Premier League season without defeat. In Arsène Wenger: Invincible, he reflects candidly on this revolutionary era at Arsenal and the emotional and personal turmoil that surrounded his controversial exit after 22 years.

Arsène Wenger: Invincible will receive a theatrical release on 11 November and be available for download and on Blu-Ray and DVD on 22 November.