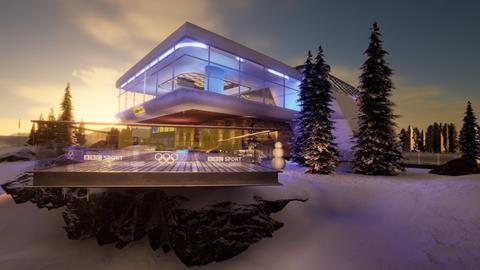 Broadcast Sport has teamed up with Vizrt to create an engaging video, revealing how the BBC created its eye-catching virtual studio space for its coverage of the Winter Olympic Games in Beijing.

Here’s a 40-second teaser for the film. Complete the short form below to have free access to the full 15-minute film.

It provides invaluable insight into the creative and technical processes and thinking behind the BBC’s vast virtual studio space, which was used to anchor its coverage of the Games.

The BBC turned a small green screen space in Salford into a vast ski lodge with seven presenting positions. The BBC handled the design and creation of the studio in-house.

From the ‘ski lodge’, it broadcast more than 300 hours of live coverage on BBC1 and BBC2 during the competition, which was held 4-20 February. More content was available through a second live stream available on BBC iPlayer, Red Button, and the BBC Sport website.

Complete the form below to watch the full 15-minute film.