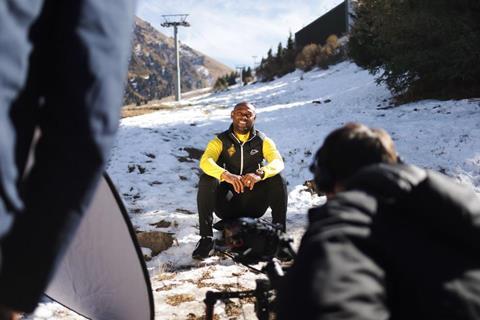 Whisper has been named as UEFA’s broadcast and digital production partner.

The production company previously delivered content around national team competitions for the organisation, and this is now expanded to include club football. It will deliver the UEFA Champions League Magazine Show series, regular UEFA Europe League and UEFA Europe Conference League magazine show, and content for UEFA’s digital channels.

A central creative hub, the UEFA Broadcast Centre, has been installed at Whisper’s Kew HQ, and will be overseen and managed by operations lead Bethan Evans. Evans has previously managed broadcast operations and production for ALTEC.

The new digital team is embedded within the magazine production team, led by Ian Hodge who brings valuable experience from his time at DAZN and IMG, working closely with Whisper’s wider digital leads, Joe Bennett and Chris Hurst. The team now produces over 90% of the content for UEFA.TV, including best moments, features, goal and player compilations, plus longer form OTT compilations.

Cole said: “We have assembled a team of 40+ with a huge passion for football and a proven track-record in storytelling, who have already started delivering a fantastic range of content to help showcase the wealth of great competitions within the UEFA family.

“Outstanding creativity is part of the Whisper DNA and we are perfectly aligned with UEFA in how to continue to deliver the future of content to huge audiences across the world.”