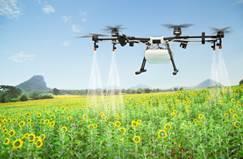 The first ever world drone standards are being released for consultation by the International Standards Organisation (ISO) today.

Drone professionals, academics, businesses and the general public are being invited to submit comments by 21 January 2019 to the ISO Draft International Standards for Drone Operations.

The final adoption of the standards is expected in the US, UK and worldwide in 2019, and they are expected to play a key role in guiding how drones are used safely and effectively.

They are also likely to provide a catalyst for the expansion of the drone industry. A report published in April 2018 by PWC estimated that the aerial drone industry alone would contribute £42 billion to UK GDP and create 628,000 jobs by 2030.

The draft standards include protocols on Safety, Security and overall ‘Etiquette’ for the use of drones.

They are the first in a four-part series for aerial drones, with the next three addressing General Specifications, Manufacturing Quality and Unmanned Traffic Management (UTM).