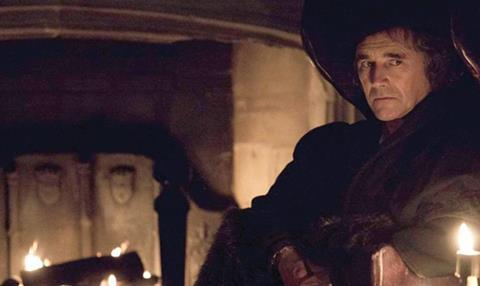 Some industry experts argue that besides extra pixels, there are other ways of achieving a clearly visible ‘wow’ factor. Higher frame rates have a significant impact on perceived picture detail, especially in fast-moving content such as sport. High dynamic range (HDR) and extended colour gamut are other additional routes to engaging and exciting television viewing.

So which route should be taken for the next phase of development? There is no simple answer. More pixels is an easy sell, especially for consumer manufacturers. High frame rates are wonderful when there’s lots of moving detail but are considered by many to be of little use in drama, where we have become accustomed to 25 progressive frames a second.

Virtually every scene of BBC2 drama Wolf Hall was lit with practicals, mimicking the Tudors’ use of candles as light sources. A high frame rate would have done nothing for the look of Wolf Hall and might even have impaired it, whereas HDR would have made the pictures even more immersive.

Moving to 4K means four times the number of pixels to be stored and processed. Staying with HD but moving to, say, 100 progressive frames a second also means four times the data before compression. Going from a colour depth of 10 bits to 14 bits for HDR adds 40% more data. Japan’s Super Hi-Vision combines HDR and high frame rate at 8K, resulting in a data rate of a staggering 144 gigabits a second.

Many viewers across the world depend upon terrestrial television. Even within the current spectrum allocations – which are under threat from the mobile phone industry – there is not the bandwidth to convert every channel to HD. It is hard to see how bandwidth could be created to allow much Ultra HD to be broadcast.

With the current approach to simulcasting, it could result in a broadcaster having to transmit three parallel versions of the same channel, in SD, HD and Ultra HD. That is an inefficient use of bandwidth and a storage and management challenge for broadcasters.

4K origination right now is more about increasing the quality and creative capabilities available for an HD output and future-proofing archive content. Shooting 4K can result in better HD down-converted output and it gives the programme-makers the chance to make framing adjustments in post, just as we used to pan-and-scan film in a telecine.

Some manufacturers already offer a version of this, with Ultra HD cameras looking at a scene – a sports pitch, for instance – and an operator deriving a number of different HD views from it. These are interesting applications that make for better content today.

They also get the technical challenges of Ultra HD to the forefront of engineering minds so that when there is a case for adding higher resolutions, frame rates and dynamic ranges to the services on offer to consumers, we as an industry are ready to deliver.