“Attention to detail is what made Rillington Place television that gripped you by the throat.” 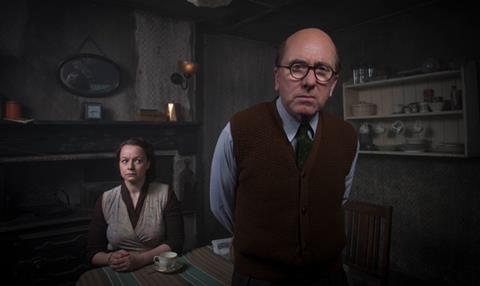 “Obviously it is a tale that has been told many times before. But the limning of the manipulation, the entrapment, the complicity without blame, the forced compromises, and the black misery spreading from one man’s evil has surely rarely been better done.”
Lucy Mangan, The Guardian

“We don’t see a single murder, and for this relief from primetime gratuity, much thanks. What we do see is aspects, moments of truth, hints of horror. It is nasty and it is scary.”
Andrew Billen, The Times

“Attention to detail is what made Rillington Place television that gripped you by the throat. Tim Roth and Samantha Morton were chillingly good, but it is the props and the scenery that elevate this three-part serial from drama to living nightmare.”
Christopher Stevens, Daily Mail

“The production is beautifully filmed and feels realistically grim; a combination of Bleak House meets Mike Leigh’s film Vera Drake. It’s hardly Christmassy, but as period murder mysteries go, it’s a worthy replacement for The Missing.”
Daisy Wyatt, The i

“Christie’s whispery voice made Roth quite hard to hear, just as the authentic blackout darkness made most scenes hard to see. They were often difficult to understand for other reasons, not least because everyone seemed to be acting out the pages of a biography rather than being characters with understandable reasons for the things they did.”
Matt Baylis, Daily Express

Life on the Psych Ward, Channel 4

“The documentary offered a very human insight into the difficult lives of mentally ill criminals. Schizophrenic Tony’s mother having to cut him off in order to help him was a sad indictment of what their families must suffer as well.”
Daisy Wyatt, The i

“This was not a chilling programme, just a very sad one.”
Andrew Billen, The Times

Storyville: The Cult that Stole Children – Inside The Family, BBC4