“Broadcaster Howard Goodall did a grand job of explaining why the famous Beatles album is viewed as a game-changer for music.” 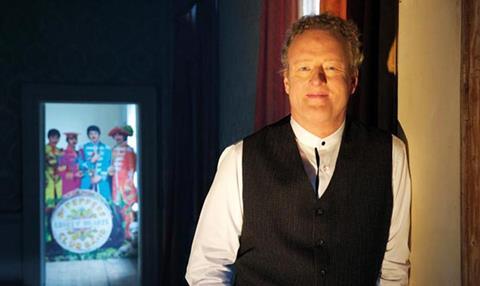 “Broadcaster Howard Goodall did a grand job of explaining why the famous Beatles album is viewed as a game-changer for music. When he zoomed in on the fine detail, though – the beats, the chords, the harmonic shifts – it all went very Open University.”
Matt Baylis, Daily Express

“Goodall was excellent — clear, knowledgeable and fun — in a programme that was otherwise pretty wholemeal. Replace Goodall’s trendy collarless shirt for a collared one and mustard tie, and this might have been an old Open University broadcast.”
Catherine Nixey, The Times

“I thought I knew Sgt Pepper quite well. But what I knew didn’t even scratch the surface. Goodall digs away, brushing at the delicate bits, uncovering it layer by layer, then explaining it expertly.”
Sam Wollaston, The Guardian

“Cardinal had a slow but promising start and those who like their detective shows to veer towards the macabre won’t have been disappointed. Annoyingly, though, the show suffers from that most modern of headaches: indecipherable mumbling — which is a cardinal sin on TV.”
Claudia Connell, Daily Mail

“It has certainly got that killer combination of a story that could only happen in a certain cold place, and a subplot that would be a sizzler anywhere.”
Matt Baylis, Daily Express

“Intriguing enough so far, although this is the Guardian, so obviously I’d be taking it more seriously, and enjoying it more, if it had subtitles.”
Sam Wollaston, The Guardian

“Ultimately, the slip-ups added to the overwhelming sense of good, clean fun. BGT is a celebration of the frivolous and, in miserable times of national unrest, it was just what we needed.”
Isobel Mohan, The Telegraph

“The winner, Tokio Myers is a genuinely talented pianist. It’s just a shame that the rest of the line-up was so weak and would all have been buzzed off in the first round when Britain’s Got Talent was in its prime ten years ago.”
Claudia Connell, Daily Mail