The one-off Christmas special is the first UK TV content to be mixed and released in Dolby’s Atmos format. 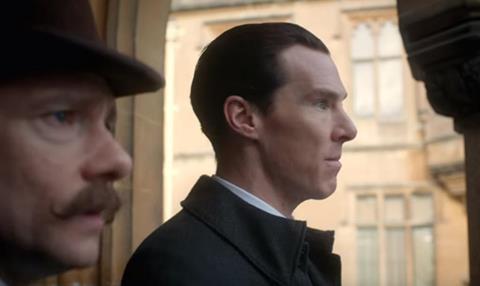 How it was done The one-off Christmas special set in Victorian London will be the first UK TV content to be mixed and released in Dolby’s Atmos enhanced surround sound format.

“A show like Sherlock really lends itself to a multispeaker format,” said re-recording mixer Howard Bargroff. “The idea that some of our mix and the pan data is being played back live and then adapted to make the best use of a space is a massive leap forward in delivering multi-format mixes.”

Bargroff said the already established atmospheres for locations such as Baker Street had to be built again to reflect the Victorian age along with a new approach to the sound design to make it more “organic” with the surroundings. “We found modern sound design didn’t really fit so in a way it became a bit more industrial.”

Re-recording editor Doug Sinclair added: “Sherlock is a very modern-sounding show, so we tried to build a soundscape that was based on Victorian sounds. We looked at the technology of the time – for example, Morse code was cutting edge. It was an era dominated by things such as steam engines and mills, which we built into the palette to root it to the period.”