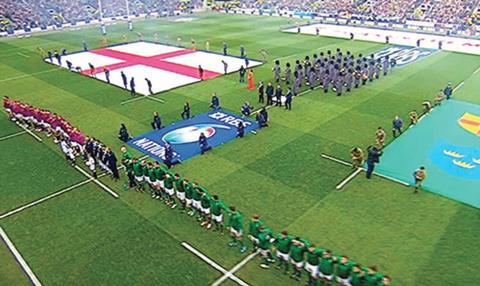 Brief Promote the BBC’s coverage of the Six Nations rugby and encapsulate the contrast between players’ and fans’ friendly rivalry and the physicality of the action.

How it was done The sequence communicates the two different sides of the game. Prime Focus used Avid offline with a Smoke online edit and grade that enhanced the contrast between the game and the build-up, while the audio team used two distinct music tracks to enhance the duality of the theme. Collo Caulton and Colin Wadsworth completed the offline edit while Paul Callaghan was responsible for the online edit and grade. Alex Bingham and Lewis Clark looked after the audio, and Daniel McGrandles was post-production manager. Red Bee’s Ben Mahon and Sean Fenelon were creative and creative head respectively.

Watch it Now on BBC