Sky has ramped up its Ultra High Definition (UHD) tests - with a Premier League fixture the UK’s first live broadcast in the 4K format. 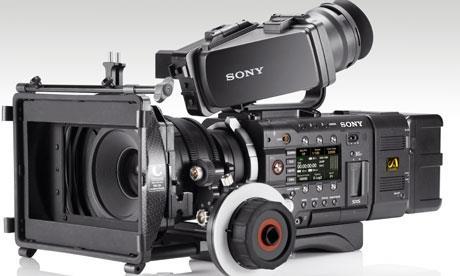 Sky said the test, which was not transmitted outside of its premises, was part of its ongoing work to meet any future demand for UHD.

It follows the October 2012 test at the Emirates, when Sky put UHD cameras from Sony, Canon and Red through their paces as part of a pre-recorded trial.

The West Ham v Stoke City match was transmitted live over satellite to Sky’s West London base from a Telegenic OB truck which was positioned at Upton Park.

The footage was encoded as four synchronous full HD feeds by Ericsson over a Eutelsat transponder to its HQ in Isleworth, where it was shown on a Sony 84” UHD TV at a resolution of 2160 X 3840 and at 50 frames per second - double the current HD rate of 25Fps.

Two UHD servers from EVS were used for replays and graphics.

He said: “The broadcast also demonstrated the capability of our satellite platform, which is ideally placed to continue supporting high-bandwidth video.

“That said, we’ve still much more to learn, particularly about how to make full use of UHD from a live production perspective.”

Francis added that as Sky continues with its R&D work it would “keep a close eye” on the number of UDH TVs that are sold in the UK.

“As and when affordable UHD TVs are available, over the next few years, our early leadership will position us well.”

A Sky spokesperson added: “As you’d expect from Sky, we are constantly experimenting and evaluating new technologies which may help our customers get more enjoyment from the TV they love.

“As part of this research we have successfully broadcast a test event in Ultra HD.  It’s yet another UK first for Sky.

“We will continue to test and learn so that we’re ready as and when the market for Ultra HD begins to develop.”