Sorry, I've Got No Head titles

Titles and logos for the Bafta-nominated children’s sketch show. 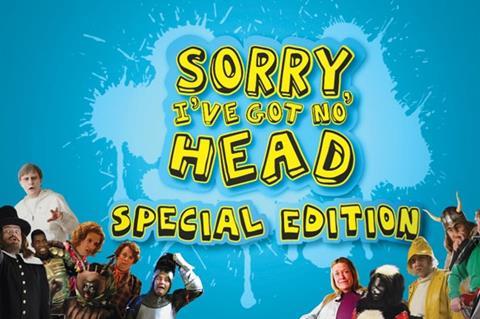 Brief Design and animate a quirky title sequence for the Bafta-nominated children’s sketch show, including an
original logo design and new characters.

How it was done Show footage was edited in Final Cut Pro. The 3D camera function in After Effects was used to
achieve a multi-plane ‘pop up’ look for the graphics and stills of the characters as well as compositing of the footage.

Watch it Fridays at 5.15pm on CBBC