Visual effects should be treated as an integral part of the production process and not thrown in with post-production, according to speakers at the VFX Summit 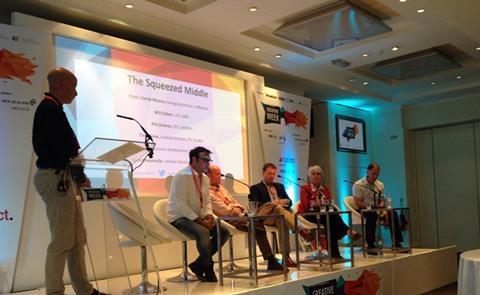 Milk VFX chief executive Will Cohen said that despite the ubiquity of digital effects, there was a “whirlpool of naivety” around the cost and planning required for VFX in television productions. He said: “I am utterly baffled why people don’t plan, prepare and discuss months in advance – especially as there are now tax breaks to capitalise on.”

In his opening address at the Summit, Double Negative cofounder and managing director Alex Hope said the film industry had benefited from better pre-visualisation tools and closer cooperation with VFX facilities.

He said: “We are now partners in the film-making process in the early stages of the script. Films like Inception and Gravity, which are wonderful stories, are able to be told thanks to the inventiveness and creativity of the likes of Double Negative and Framestore. That’s what VFX should be in the future. We should be in the vanguard of digital change across the production process.”